Twenty eight [28] states and Washington, D.C offer their own version of Earned Income Tax Credits [EITCs] to complement the federal EITC — each uses federal EITC eligibility rules, however, the percentages vary greatly from state to state. 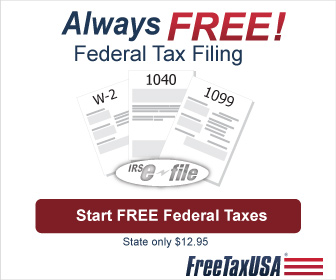 The Earned Income Tax Credit [EITC] is a tax benefit for individuals and families who earn low-to moderate incomes — mainly targeted at families with children.

It is a tax credit that may reduce the amount of taxes you owe, or provide you with a refund when the credit is larger than the tax amount owed.

The current EITC is worth up to $6,557 in refundable cash based on income level, family size and marital status.01

Those with the lowest incomes qualify for the largest credits. The credit phases out as you earn more money.

What is the maximum income to qualify for earned income credit for tax year 2019?

Single parents with two children under age 19 who made less than $46,700 are eligible for a refundable credit of up to $5,828. In contrast, couples with no dependent children earning less than $21,370 can receive no more than $529.

“For most of these people it’s the biggest check they are going to get all year,” IRS Commissioner, John Koskinen said in an interview with The Associated Press.

Twenty eight [28] states and the District of Columbia, as well as New York City, offer their own version of Earned Income Tax Credits [EITCs] to complement the federal credits — applying a percentage match to the federal allocation.

South Carolina and Montana become the 27th and 28th states to enact the state-level EITC, respectively. Hawaii would soon enact a state-level EITC equal to 20% of the federal credit.

State EITCs are available only to families, particularly single mothers, that earn income through work, creating an incentive to work and allowing them to keep more of what they earn.

In addition, the “refundable” portion of the EITCs provide these families with a much needed income boost that helps meet their basic needs and pay for the very things that allow them to keep working, such as child care and transportation.

Nearly all state EITCs are modeled directly on the federal EITC — each uses federal EITC eligibility rules, however, the percentages vary greatly from state to state.02

In 22 states and the District of Columbia, credits are fully refundable if the amount is greater than the taxes owed. In all but five states, the EITC can only reduce you tax liability, not provide a refund.

New York City is one of only three cities to offer its own EITC as an additional level of support at 5% of the federal EITC. Other cities that offer local EITC are San Francisco, California, and Montgomery County, Maryland.

The EITC is widely recognized as an effective tool for preventing low-income working families from slipping into poverty. The credit is very successful at reducing poverty, benefiting recipient parents and children, and promoting work rather than welfare.

In 2017, it lifted 8.9 million people — of which nearly half were children — out of poverty.06 In fact, the EITC has become the largest anti-poverty program in the nation.

It is, however, important to note that the EITC is used mostly as a temporary support to help families meet their basic needs while they work toward becoming self-sufficient.

The EITC and the PATH ACT

The Protecting Americans from Tax Hikes Act of 2015 (the PATH Act) mandates that the IRS not issue a refund on tax returns claiming the Earned Income Tax Credit or Additional Child Tax Credit until Feb. 15.07

The additional time allows the IRS to investigate the possibility of fraudulent claims with fabricated wages and withholdings. Thus, you’ll have to wait a little while for your EITC refund.